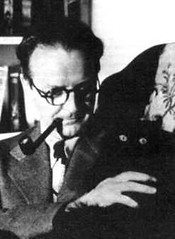 This was Raymond Chandler’s Los Angeles, which resonated from deft and melancholy fits of his writer’s bow.

Join us as we go down the mean streets that shaped his fiction, and that in turn shaped his hard-boiled times, in a five hour tour of downtown, Hollywood and surrounding environs: Musso & Frank, Union Station, the Hotel Van Nuys, Paramount Studio’s gates, and much, much more.

Through published work, private correspondence, screenplays and film adaptations, we trace Chandler’s search for meaning and his anti-hero Philip Marlowe’s struggle to not be pigeonholed or give anything less than all he has, which lead them both down the rabbit hole of isolation, depression, and drink.