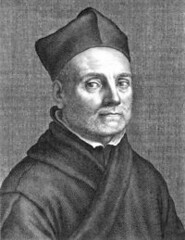 While enjoying a cup of tea yesterday in the Tula Tea Room at the Museum of Jurassic Technology, I was informed of the recent launch of the aks website.

Athanasius Kircher was an Orientalist, Linguist, Scientist, Musician, and Historian—nothing escaped the burning heat from lens of his brain, and the Museum of Jurassic Technology is home to a Kircher exhibit, The World is Bound With Secret Knots, featuring magnetic oracles, visions of saints, riddles of the Sphinx, and whose showcase bell wheel is famous to lovers and occultists the world round.

The Athanasius Kircher Society was chartered to perpetuate the sensibilities and pursuits of the late Athanasius Kircher, SJ. Our interests extend to the wondrous, the singular, the esoteric, the obsessive, the arcane, and the sometimes hazy frontier between the plausible and the implausible. . . [link]